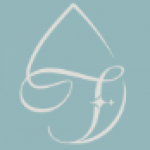 Teeth whitening with (hydrogen) peroxide or without peroxide

Since 1 November 2012, a new law has been introduced in the EU for teeth whitening with (hydrogen) peroxide. Dentists are allowed to use concentrations of up to 6% hydrogen peroxide in their whitening gel. In addition, a bleaching practice, beauty salon, beauty salon or webshop may use levels of hydrogen peroxide of 0.0 – 0.1%. These laws and regulations apply to all countries of the European Union (EU). Can you whiten teeth without peroxide or should you whiten your teeth with peroxide? In this blog we answer all questions about whitening your teeth with peroxide and without peroxide.

This new law came into effect years ago. Before this, teeth whitening was a kind of cowboy world: there were no clear agreements. As a result, many whitening salons started to bleach with high concentrations of bleaching agents. This led to many different health complaints. Think of sensitive teeth, sore gums and damaged enamel.

On the other hand, you also hear other sounds. For example, a 2020 study found that teeth whitening with peroxide (16% carbamide peroxide) has no harmful effect on tooth enamel. It is important that you do not use it too often or for too long.

However, European legislation and regulations are a good law to safely whiten your teeth yourself. For these laws and regulations, many people with high concentrations of hydrogen peroxide (60-70%) bleached their teeth.

European laws and regulations are better safe than sorry: a hydrogen peroxide concentration of 0.0 – 0.1% is very safe to use. This is a safe way to get whiter teeth.

European laws and regulations ensure that you can get white teeth safely. That is why beauty salons, beauty salons, web shops and bleaching clinics may only use a maximum of 0.1% hydrogen peroxide. With these minimum contents, the chance of damage is nil. Fleeck uses teeth whitening kits without peroxide or with up to 0.1% hydrogen peroxide. This means that we comply with European laws and regulations. All products are 100% safe and tested in laboratories. All our products are registered with the CPNP, CE and FDA. These quality marks guarantee quality and safety. So you can safely whiten your teeth at Fleeck.

You are considering bleaching your teeth with (hydrogen) peroxide. But how exactly does it work? Below the short explanation.

How does hydrogen peroxide work for your teeth?

Fleeck has therefore designed bits that only hug your teeth and not your gums. This way you do not suffer from sensitive teeth or gums. You may have turned your teeth with Opalescence; they use a high content of peroxide. In another article more about teeth whitening alternatives with Opalescence.

How does teeth whitening without (hydrogen) peroxide work at Fleeck?

The Fleeck whitening gel contains a number of important substances:

This way you can whiten your teeth safely and effectively. In another blog more about how teeth whitening works.

We have made a handy overview for you with the advantages and disadvantages of teeth whitening without peroxide at Fleeck.

Eat a strawberry, but don’t rub it against your teeth to whiten them. The natural sugars and acids have the opposite effect: your teeth become yellower in the long term. And teeth whitening with (apple cider) vinegar? Do this through your salad, but don’t bleach your teeth with vinegar. This can have a harmful effect on your enamel.

Is it best to whiten with peroxide or without peroxide teeth?

We understand this question: you want to know how to whiten your teeth. This depends on your lifestyle and the consumption of dyes. Red wine, coffee and, for example, tobacco contain many dyes. Roughly you can say:

Of course it is also better to whiten your teeth without peroxide if you are sensitive to peroxide. In addition, you can also achieve great results if you regularly drink coffee with a bleaching set without peroxide.

Can you whiten your teeth without peroxide?

Yes, you can whiten your teeth without peroxide. The non-peroxide whitening gel removes tooth discoloration and is safe to use.

Can you whiten your own teeth with peroxide?

Yes you can whiten your own teeth with peroxide; to a concentration of 0.1% (hydrogen) peroxide. So pay close attention to the concentration and safety of the whitening gel.

Do I get sensitive teeth from peroxide bleaching?

(Hydrogen) peroxide penetrates into your tooth enamel or dentine. This can make your teeth sensitive. In very low concentrations, this effect is nil. This way you can safely whiten your teeth with a whitening gel of up to 0.1% (hydrogen) peroxide.

Can I whiten teeth with baking soda?

Experts and dentists do not recommend whitening with baking soda themselves. This is because baking soda is an abrasive and you quickly use too much baking soda yourself.

Plastic in toothpastes? The Best Toothpaste Without Microplastics!

Microplastics have become a hot topic recently. They pollute our oceans and are bad for the environment. But did you know that many of the personal care products we use every day also contain plastic? It is an active ingredient in many personal care products, such as sun creams, scrubs, shower gels and face creams. But also in many toothpastes that you use every day. Curious about how you can best identify microplastics in your toothpaste? Then read on.

White tongue? The 10 causes and treatment against tarnish on the tongue!

What colour is your tongue when you look in the mirror, is it covered with a white layer? The healthy tongue naturally has a pink colour. Having a white coating on the tongue can be caused by various factors and can lead to bad breath and a foul taste. It is important to remove the tongue coating in order to improve the health of your mouth. Learn more about the causes and ways to remove white deposits below.

Gum inflammation? Get rid of inflamed gums in 5 steps!

What colour are your gums when you look in the mirror? They are naturally pink and tight around the teeth, giving bacteria little chance to settle and plaque to build up. Having inflamed gums can be a result of many factors and can lead to painful problems such as recession or even inflammation, also known as gingivitis and, in a more advanced stage, periodontitis. It is important to take good care of it in order to maintain healthy teeth. Learn more about the different causes and ways to prevent it below.

Fleeck’s mission is to give everyone a feel-good feeling about themselves by looking well-groomed. This by offering exclusive (DIY) beauty products for home usage. So that you are always on fleek!